Betsy Oppenneer, 68, passed away October 3, 2011, with her family by her side in Lebanon, New Hampshire.

She was born September 26, 1943, in Macon, Georgia to James and Alice Wright.

Betsy was an accomplished “foodie” who wrote several highly-regarded cookbooks on bread baking and released two instructional videos. Julia Child called her the Pied Piper of Bread Bakers. Over her long career, she was a teacher, restauranteur, cookbook judge, and caterer. She sold her successful bread baker’s catalogue to King Arthur Flour in 1991. In 2004, Betsy was invited through a USAID program to be a bread baking consultant to Volgograd State Technical University in Russia. She was certified by the International Association of Culinary Professionals and served on their Board of Directors.

When she finally hung up her baker’s hat, Betsy turned her attention to breeding dachshunds from her home-based Oppendox Kennels. Proud of her grand-puppies, she hosted an annual “family” reunion that included many children of her champions, Cala and Breezy, as well as her other dames. Betsy enjoyed traveling the Northeast to dog shows where she was known for her Southern charm.

In 1965, Betsy met and married Keith Oppenneer, a strapping Army Lieutenant, who whisked her away to live in distant lands such as Japan and Germany. After traveling the world together for many years, Betsy and Keith settled in Enfield, NH, where they have lived for twenty years.

She was an active member of the Canaan United Methodist Church.

Note: On November 19, 2011, Betsy’s Facebook account was deactivated. The account is presented here in a curated format. Please feel free to use the comments section below to share your thoughts and memories about Betsy.

On 12-07-2011, Carmelle LaMothe wrote: I was so saddened to read about Betsy’s passing. Maggie and I can never forget her bringing us together. We are eternally grateful and will carry on doxie love in her honor. My thoughts and prayers are with you all.

On 12-31-2011, Marviene Brand wrote: I continue to be thankful for my close association with such a close friend as we grew up and continued that friendship in our adult life. She will remain VERY SPECIAL in my memory. I am blessed to have been a close friend and to have her as a close friend. Blessings, Marviene

On 1-25-2012, Buddy Freeman wrote: Just learned of Betsy’s death last night while on the internet to show a beginner “Bread Baker” about Betsy and her cookbooks. I am so sorry. Betsy, Martha, Alice & Jimmy and the Freemans go all the way back to Avondale Estates in the late forties. I fondly remember all the times that we spent together as “family” in Avondale and Cleveland. Sorry for your loss Keith, Erik, Mark, Martha and “little” Jimmy. Sincerely, Buddy Freeman

On 7-18-2012, Ed Hunley wrote: Several years ago it was my great privilege to meet Betsy and attend her bread making class at The Cook’s Warehouse in Atlanta, GA. It was one of the highlights of my many years of cooking. I was impressed that she gave out her email address to us and I corresponded with her a few times about bread problems and successes. I have her book which she autographed for me and I use it very often. I learned of her passing today when I was searching to see if she had anything on YouTube. Please know, if you don’t already, that Betsy was loved and appreciated by many people who only met her once. She left a lasting impression on me.

On 10-11-2012, June Jacobs wrote: Dear Oppenneers, I stumbled across this page today, so thought I’d say hello and tell you that you are very often in my thoughts. I miss Betsy very much. She was such a good friend and supporter. Love, June 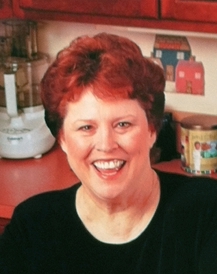