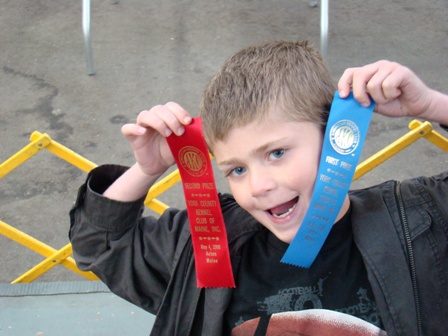 Grandson, Tynan, comes to the dog shows with me to groom the dogs, and help trade them out – when one dog is finished showing, he takes it from me to put in the kennel and gives me the next dog for the ring. He’s hoping to become a Junior Handler as soon as he’s old enough. He’s such a great help and loves the ribbons the dogs get.

Cala’s first show was a complete disaster. I went to the Atlanta show to meet Tina Shepherd, my co-owner and Maria Wild, Cala’s breeder. I picked Cala up to come to her new home with us. She was young and confused having three mom’s there, one of which she really didn’t know – me. When I tried to walk her around the ring, she decided to become a little clown. She walked backwards, sideways, would roll over, and bucked if we pulled on her lead. I fell in love with the judge, Carol Esterkin, who told me she’d been judging for over 30 years and had never been so “delightfully entertained” by a dog in the ring. She also told me that Cala was special and that with a little training would be a champion in no time. She was right! Cala is now a champion. When that show lead goes on, she struts like the pro she is. Below are her show pictures. 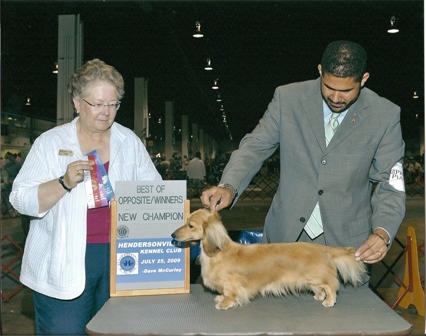 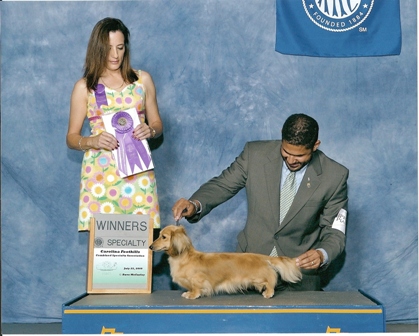 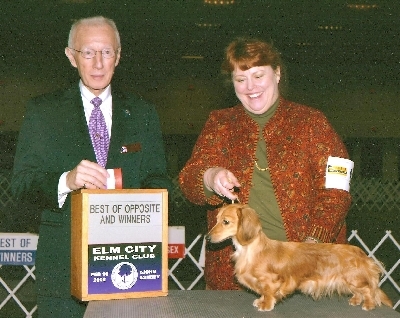 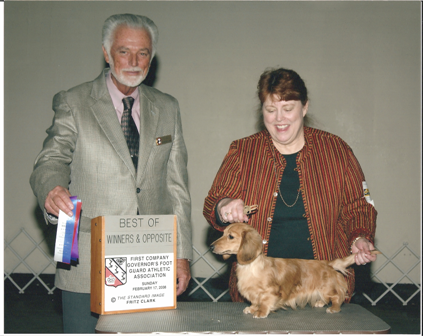 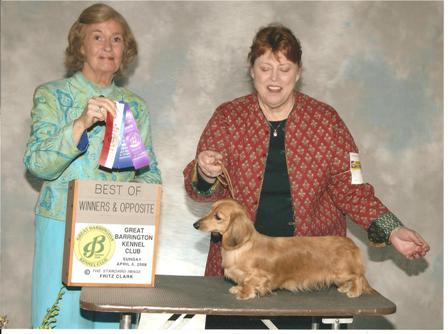 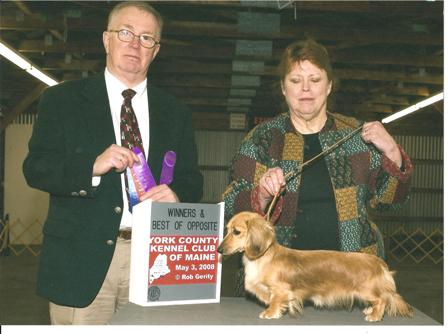 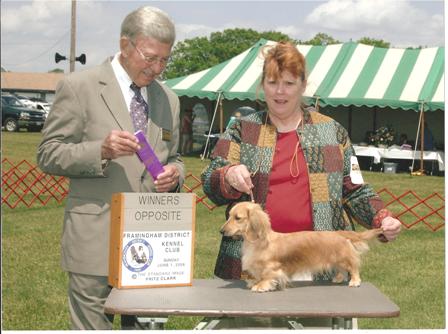 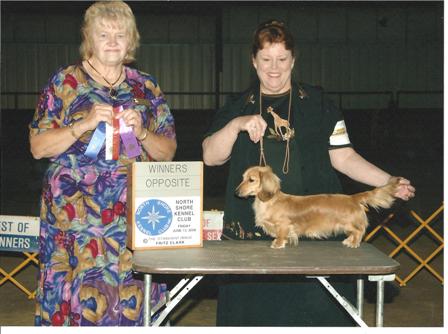 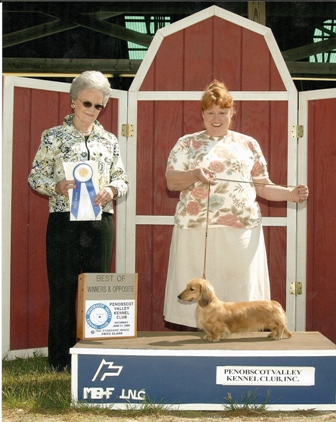 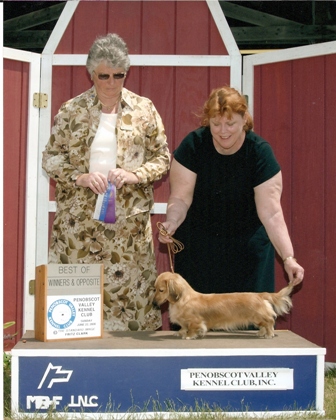 Matilda entered her first dog show on January 24th in Queensbury, NY. She won First Prize for her class, Reserve Winners, Best of Breed Puppy, and Second Place in the Puppy Group. This beautiful girl is on her way to becoming a real champ. The young girl in the picture is Calley Rupp who is a Junior Handler. I had two bitches to take into the ring at once. She helped by taking Matilda in for me. A great big thanks to Judge G L Doerge. 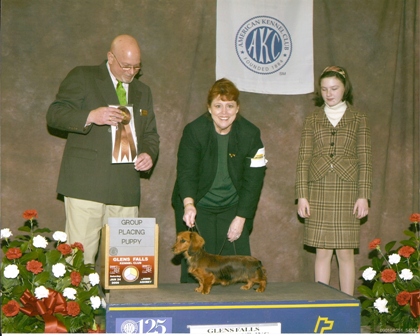 Matilda received another point at the Syracuse Dachshund Specialty. My good friend Laurie Topham showed Matilda for me since I ended up with two winners in the ring at the same time again! Not a bad predicament to be in… 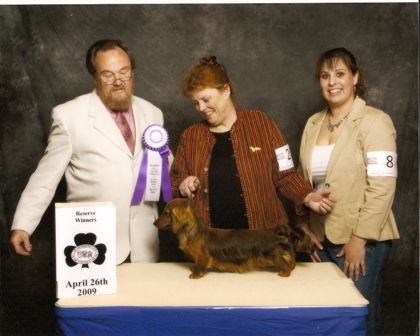 Breezy is on her way in the show ring and has truly got the show queen gait and stack. We think she will be the next champion in our kennel group! 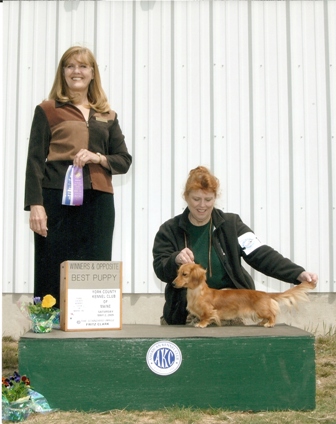 Note: Oppendox Kennels is no longer open for business. The dogs are now living with new owners. This site is presented here as a memorial to Betsy and her passion for dachshund breeding.